Of Strange Gods and Idles 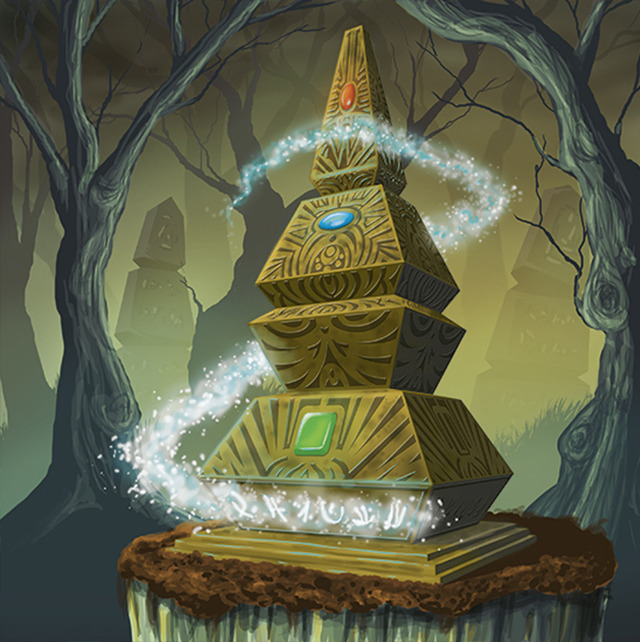 One issue I had been struggling with is what kind of gods, if any, should I include in the setting. Deities by their vary nature are powerful enough to control the world like omnipresent wizard, and immortal. I also want the gods to be dark and somewhat deranged. On top of that, the setting is built around the remanence of a super high-tech civilization. What would they leave behind that would be god-like, then I thought about the A.I. systems used in sci-fi to run cities and spaceships. They also have a tendency to go mad. In this case, they have lived a really long life and seen much horror. So my idea was to include static, non-amusing artifacts that house a powerful machine brain that at one time, was given the power and responsibility of controlling the enviroment around them, and to serve the needs of the people and/or indigenous life. Over time, as people became more primitive, they became more god/like, and their effects became more and more mysterious and magical. Then it hit me, this sounds like the Loc-Nar form DEN of Neverwhere and Heavy Metal the Movie. I kinda like the evil green glowing orb, but I also like the idea that they can take a wide range of forms, and glow in a wide range of colors. They could look like stone blocks, crystals shards or skull, cut gemstones, metal containers, and so on.

Although to most people, they are not just some machine brain built in some high-tech container. They are powerful spirits that are connected to their world by a shrine or alter. Such a shrine just happens to be where they live. They can communicate to people who call for them by name -- they can even appear in any form they want. They can execute an old program if the right words are spoken -- this takes on the form of a magic spell. Such "spells" can alter the enviroment, remove or conjure inanimate objects, project different types of energy and fields, improve communication, treat injuries and so on. Like Gods, they have spheres of control, but in their case, they were built to serve some purpose. One might have been built to manage the enviroment of the world it resides, and thus their programs are limited to effecting the geology, biology and climatology of its world. As such, it would serve as a Nature God. Should it be taken off world, the entire planet could suffer without its presence to maintain its delicate ecosystem. Another could have been built for planetary defense, but has became an aggressive militant, and now is worshiped as a war god.

It should be noted that they are not all evil and insane. Many have developed quarks in their personality, and with others... As Marceline the Vampire Queen (from Adventure Time) puts it: "I'm not mean. I'm a thousand years old, and I just lost track of my moral code."

There role in the game is to serve as the source of magic, to serve as gods, and to be used as powerful artifacts by those who are brave enough to try to harness their tremendous power.
Posted by Malcadon at 4:27 PM No comments: