WOW, I forgot I had a blog for this setting. =P I have been caught-up with so many things, I been forgetting to update this blog.

Well, not to long ago, Simon Washbourne was thinking about genre-mixing for his new edition for Barbarians of Lemuria, at the Lords of Lemuria forum. His idea was about putting barbarians... IN SPACE!!! So I noted that I was working on something similar. So I posted my notes, and he seems to like it.

So now I'm back on track. I have nine or so worlds thought-out, more artifacts, additional ideas, and I made some pics using HeroMachine 3 to help folks visualize what characters in the setting look like. Mind you, the heroes are meant to look "beefcake/cheesecake," as its primary inspiration is '80s sword & sorcery. So here are some typical barbarians: 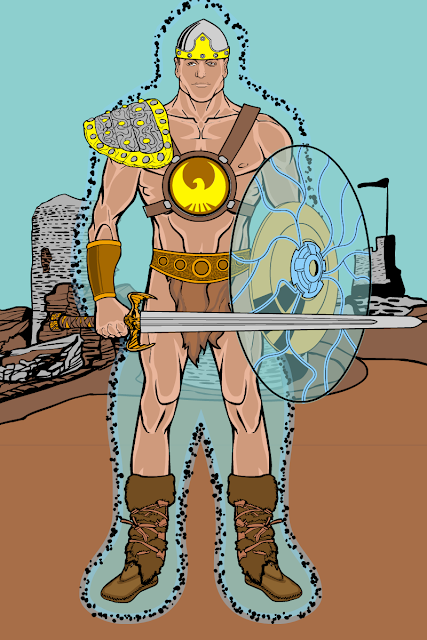 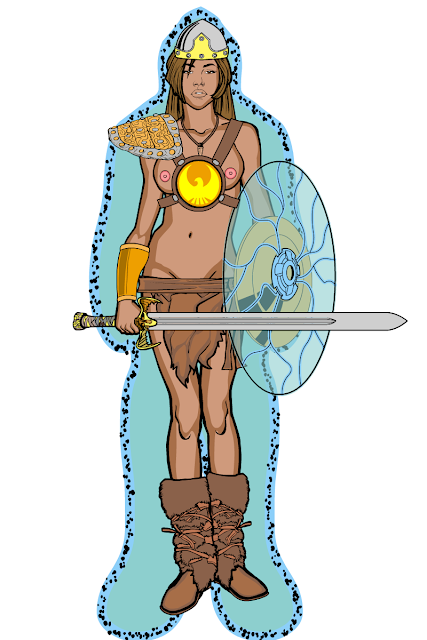 Although most barbarians lack the fancy gear they have, these two are example of player characters. They are fitted with personal force-fields call Shield Crests and a shoulder plate to power them - a Sun Spaulder. Civilized folk form the City States or Kingdom Worlds tend to have better clothing.

I'm going to update as often as I can.
Posted by Malcadon at 1:21 PM

Email ThisBlogThis!Share to TwitterShare to FacebookShare to Pinterest
Labels: Development